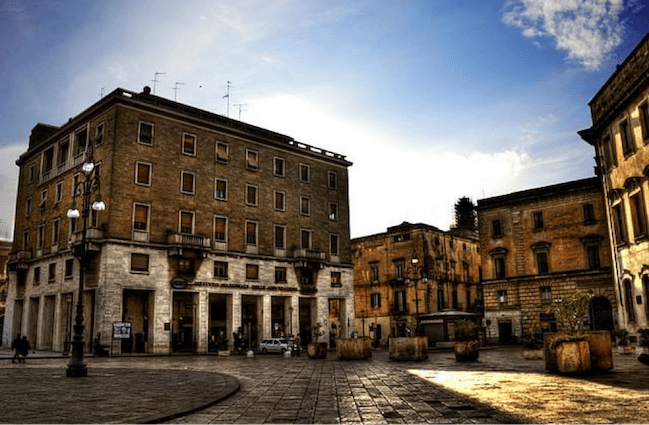 Italy is full of peculiar little towns that give their visitors the chance to break away from the stress of every day life by walking around places that make them feel like they are living in a complete different century thanks to all the ancient buildings that fill them.

Choosing the best place to visit in Italy is impossible because it’s literally full of cities that should be visited at least once in a lifetime, but I am going to tell you a bit more about Lecce.

But there is more to see in the St Oronzo Square such as the Roman Amphitheatre. Despite the fact that part of it was covered to make way for more buildings, it can still be visited and it’s kept in incredibly good conditions.

In fact, from time to time, religious events as well as small concerts are held in it, which makes them all the more special thanks to the setting.

There is also a building which used to be the City Hall of Lecce, which now holds some art exhibitions which tend to be free, so don’t waste the chance and go and take a look. And if that wasn’t enough, in the St Oronzo Square there is also one of the most popular and visited churches of the whole region, which is the St Mark Square, which was built by venetians centuries ago.

And, although as well as the St Oronzo Square, just a few metres away, you will find one of the best squares in the whole country which is the Piazza Duomo.

It’s surrounded by baroque buildings and there is some sort of bridge from which you will get a great view of the Seminary Palace which was built in 1709, the Episcopal Palace and the Campanile.

Discover all our offers for your holiday in Lecce.